It’s been a while!  But as those who look at my postings elsewhere will know I’ve been fully occupied with the launch of The KM Cookbook which ‘hit the stands’ last Friday.

A few month’s back I was in Asia (KL and HK – before events took a turn for the worse) and asked to write my reflections for Information Professional.  What follows is the full version of the truncated article that appears in the July / August edition. 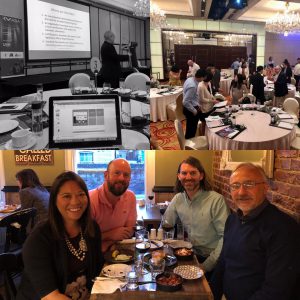 Q) What do these photos have in common? A) They were all taken at places I’ve been in the last few months sharing stories from the KM Cookbook.

From London to Lisbon, Kuala Lumpur to Hong Kong, people and organisations are actively engaged in knowledge management related activities.

And at each of the events there were a few stand out moments / presentations. Here’s a focus on Asia.

In Kuala Lumpur for a Masterclass (my 4th) at the International Islamic University of Malaysia I was looking forward to teaming up with Straits Knowledge and Patrick Lambe. As organisers of the KM Exchange in KL they had assembled a large crowd from across South East Asia for a share and learn day which I had the pleasure of kicking off.

This Peer Assist technique stood out: 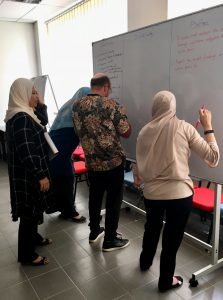 Some of the delegates working through the “before, during and after” of a KM Audit

The following day’s Masterclass on the KM Cookbook and ISO 30401 was a delight once I’d shifted location and rearranged the furniture to create the collaborative workspace environment an interactive event needs.

The “Are you audit ready?” session was lively with those delegates from a regulatory / quality background particularly prominent and willing to help the group come up with a set of ground rules to prepare for a potential future KM Standards audit.

So, to Hong Kong (officially the Hong Kong Special Administrative Region) for another Masterclass (run jointly with Eric Hunter and hosted by Janice Record Director of Knowledge at DLA Piper) and two sessions at the KM Asia event.

KM Asia was less well attended than KM Exchange. At one point, I was wondering if there were going to be more speakers than delegates, reflecting an apparent disinterest in the term KM. There were few local presentations and limited audience interaction.

Its Day Two, I am leading a mid-morning session on ISO KM Standards 30401 following presentations by Patrick Lambe, Hank Malik and I. I invite the audience to stand up and then find someone they’ve not met. We all continue to stand up for the rest of the 30-minute session hence Patrick’s description of it as “Stand Up KM.”

I penned this tweet as I left Hong Kong for London:

“Great way to end what has been a fascinating couple of weeks in Asia: Breakfast with Larry Campbell. While Knowledge Management as a title is not de rigueur in HK it was nice to note the activity is still very much alive in the way organisations use data, precedent and knowledge of their people.”

The working out Loud dilemma

It was notable that though presenters talked about “Working out Loud”, very few shared their reflections publicly and even fewer used Twitter. I’ve written much on this in the past. It’s a challenge working cross borders and culture to find a mechanism that works for all.

In the flippant “Stand Up KM” paragraph I noted how it’s Day Two before the delegates are encouraged to fully participate.   And that only worked when I encouraged people to change seats and wandered around the audience with a microphone inviting them to pass it onto others.

And finally – moments of laughter (eventually)

For many years when travelling east I like to get away from it all. Often it’s at Silvermine Bay on Lantau Island Hong Kong. 30-minutes from the airport it’s a world away from the bustle of Central but 40 minutes by fast ferry.

I arrived from KL early Saturday evening, took an early snack to get a peaceful night ahead of a busy week. As darkness fell I switched of the AC and opened the windows to let the sea breeze in. A mistake! 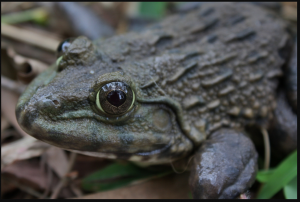 There was a deafening sound rather like whales calling each other outside the window.

My curiosity stirred, I dressed and went in search of the source. I traced the noise to the drains and water courses that run into the sea.

The culprit, Giant Chinese Bullfrogs seeking a mate! Note to self: don’t go to a beach hotel in Silvermine in April!